WE WANT TO ADD YOU TO THESE PAGES


Distinguished Alumni Award
At each MinneApple Debate Tournament, we will recognize an alumnus of the Apple Valley Debate Team for his or her contributions, achievements, service after graduating from AVHS. Here is a list of previous award winners:
2007 Awarded to Peter Nikolai (Class of 1990)
Peter Nikolai graduated from Apple Valley High School in 1990. Peter graduated from the University of Minnesota in 1995 with a Bachelor of Arts degree in American Studies. While an undergrad at the University of Minnesota, Peter was the policy debate coach for Apple Valley High School. While at Apple Valley, he coached numerous state finalists, including the 1999 Minnesota State High School League State Champions.
After leaving Apple Valley, Peter pursued his Juris Doctorate from William Mitchell College of Law. He graduated cum laude in 2002. While in law school, he coached policy debate for Rosemount High School. At Rosemount, Peter coached the 2006 Minnesota State High School League State Champion in policy debate. He also coached teams at the Tournament of Champions and the National Catholic Forensic League tournament. He also coached the 7th place speaker at the 2006 National Forensic League Grand National Tournament.
Peter is now the head policy debate coach at Saint Paul Central High School. Peter donates his time to this Urban Debate League team. Saint Paul Central was a finalist at the 2008 Minnesota State High School League Policy Debate Tournament. In addition, Central took 10th place at the National Forensic League Grand National Tournament.
Peter also practices law at the law firm of Nikolai and Mersereau, P.A. Peter concentrates on litigation matters as well as the areas of trademarks, copyrights, software protection and intellectual property portfolio management. He has successfully represented clients in federal and state court, before the United States Patent and Trademark Office and in arbitrations. Peter is admitted to practice before the courts of the State of Minnesota and the United States District Court, District of Minnesota. Peter has been named a Rising Star by Minnesota Journal of Law and Politics.
2006 Awarded to Douglas Anderson (Class of 1990)
Doug is the Director of IT Services at Harvard University in Cambridge, MA. Before joining Harvard, he worked as an Information Systems Architect for Hewlett-Packard Consulting and as an IT Manager at Minnesota-based Cargill, Inc.
Doug has had a second career in the defense and intelligence sectors. One week after graduating AVHS, he shipped off to boot camp to join the US Army where he served as an Intelligence Analyst and Linguist. After a 10 year absence, Doug returned to the field as a civilian Analyst for the Department of Defense where he deployed to Iraq in 2005-2006.
Outside of work, Doug spends his free time watching tennis, learning how to play tennis poorly, traveling, trying new restaurants, following the news and world affairs, and getting lost in a good book.
Doug earned a M.S. in IT Systems from Johns Hopkins University and a B.A. in Communications from the Univ. of MN – Twin Cities.
Biggest Failure: Trying to learn Chinese. “They really could benefit from an alphabet.”
Biggest Life Lesson: “If you’re ever traveling through the Kuwaiti desert after a sand storm, those suitcases with the little wheels aren’t such a good idea in the sand. ”
Insider Tip: “Having worked for the world’s largest food ingredient producer for 7 years, I strongly recommend you stay away from store-bought orange juice. Squeeze it yourself. Trust me. You don’t want to know.”
2005 Awarded to Shannon Heim (Class of 1990)
Alumni Bios
Robb Lindgren (Class of 1996)
Robb Lindgren is currently finishing up his dissertation on how people learn using video games and virtual world simulations at Stanford University. He is hoping to get a faculty job at a research university somewhere a little closer to Minnesota so that he can be near his family who still mostly live around Apple Valley. Robb married Samantha Bonnell (AVHS ’97) in 2003, and last year he became the proud father of Zoe Alise Lindgren.
Aimee Teslaw (Class of 1992)
Aimee now lives in Barrington, IL a suburb of Chicago with her husband Brad Tadsen (also AVHS class of 1992), and her son Jack (2 years old). Her primary job is raising her son to be a future speech champion and Notre Dame quarterback. Since AVHS, Aimee has lived in St. Paul, Boston, Hungary, Kansas, Kentucky and now Illinois. She’s been an ESL teacher, a magazine publisher’s assistant, a writing instructor and graduate student, a corporate trainer, and a youth group leader.
Reuben Advani (Class of 1990)
After graduating AVHS Reuben attented Yale University in Connecticut. After graduating in 1994, Reuben accepted a job with a major investment bank on Wall Street. In 1997, he moved to Costa Rica where he learned Spanish and taught grade school over the course of the next two years. In 1999, he returned to the U.S. and earned an MBA from the Wharton School in Pennsylvania. Reuben now manages a company he founded called Telestrat, a company where he provides in-person and online courses in corporate finance to law firms and corporations around the world. Reuben has even dabbled in writing over the years. His first book, The Wall Street MBA was published by McGraw-Hill in 2006. On his personal front, Reuben has recently become engaged.
Weddings and Engagements 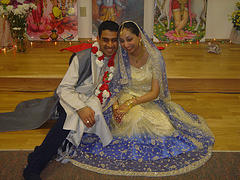 David Singh (’96) and Shabana Ally were married on July 1, 2006 in New York where both David and Shabana live. David is currently an associate with Weil, Gotshal, and Manges in New York City. Shabana is finishing her MBA at Fordham University and works for AIG. They have purchased a house on Long Island. Congrats to Dave and Shabana!
Births 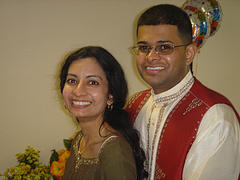 Andrea Singh (’93) and husband Raj Singh welcomed their second son into the world in 2008. Andrea is a physician in St. Louis Park, and she and her family reside in a home they purchased in Apple Valley.
New Jobs and Moves 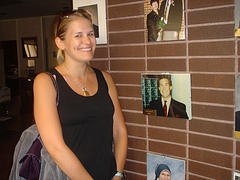 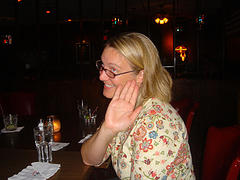 Gretchen Helmer (Carlson ’91) is a life coach in the Twin Cities. She has started her own business called ThriveWisely Coaching.
Are you an Apple Valley Alumnus with news you’d like to share?
Email Bryan.Hagg@district196.org!