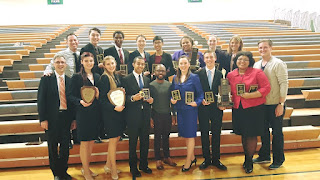 On March 11th and 12th, the Apple Valley Speech Team competed at the Central Minnesota NSDA District Tournament to qualify students to the National Speech and Debate Association National Tournament this summer in Salt Lake City, Utah. AVHS took 22 students to the competition for preliminary rounds on Friday. AVHS had the most students break into elimination rounds with 17 of those students advancing to the semi-final round and 15 of them advancing to the final round of competition at the district tournament! At the end of the tournament on Saturday, AVHS qualified the most students out of all schools competing at the district tournament! 12 AVHS students have qualified to the NSDA National Tournament by placing in the top three of his or her event. They join the 3 AVHS Debate team students who have already qualified for the national tournament back in December.

AVHS Speech and Debate team students qualifying for the NSDA National Tournament are: 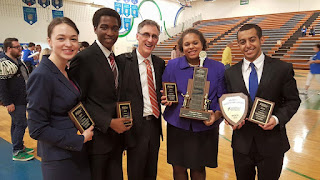 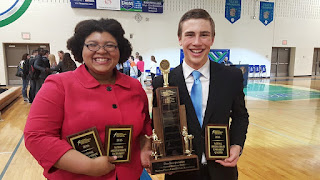 Troldahl (based on their semi-final finish last year at nationals)

NOTE: Cassandra Edlund took 1st place in Program Oral Interpretation (POI) and Stephanie Kahle took 2nd place in Humorous Interpretation at the competition. Since they technically "double qualified" for nationals, they will be going to nationals in Duo Interpretation. 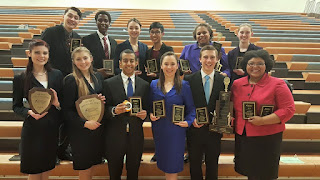