This past weekend, AVHS won the big team sweepstakes at the Grand National Tournament for NIETOC, which included some of the nation's most competitive students. Over 100 schools from 40 states converged on Denver for the event. 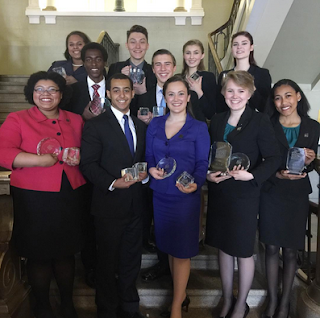 Here are a few of the highlights.

AVHS took thirteen entries in total. Twelve of those entries made it to the first break, while eight of them made it to semi finals, and five placed in the top six!

Here are a few highlights.