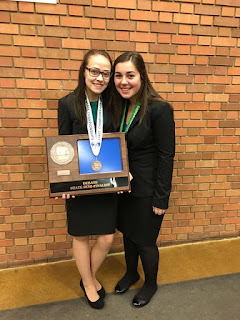 AVHS Named MDTA Challenge Cup Winner for LD Debate
For the second year in a row, the Apple Valley Debate team is awarded the MDTA (Minnesota Debate Teacher's Association) Challenge Cup for excellence in Lincoln Douglas Debate. This is a traveling trophy that recognizes exceptional performance by a team in each of the debate categories. Points are accumulated by the total success of individual members throughout the debate season.